The Bicycle Museum of America

Oddly enough New Bremen(middle of nowhere) OH houses The Bicycle Museum of America.
I made the trek up through corn fields and old adorable townships in the middle of said fields on a nice cold day.
It is worth the trip and the three bucks admission.
They have boneshakers, penny farthings, 1950s cruisers, head badges, wodden bikes, monowheels, some modern bikes, and there were even a few belt drive bikes.
I'm not sure what was my favorite, but if you forced me I'd probably take the pedal boat motor thing.
This first thing I saw was this 30+ lbs pump pedal bike, which had a jammed chain...which I fixed. 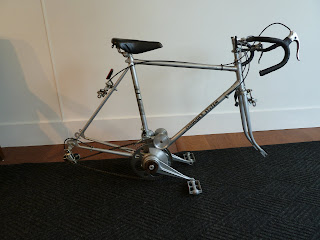 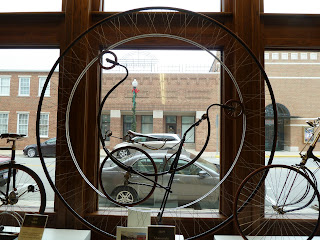 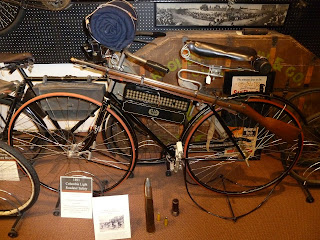 The gentleman running the museum let me have free reign of the basement which was filled to the brim with bikes, I started counting, but gave up..

more photos here.
Posted by Stephen at 17:21 No comments: