Can you see me now?

I've been using a set of Dinotte lights for seven years now, and I've been quite happy with them. Time marches on and technology gets smaller, better, and cheaper. I think I spent $700 for my head light and tailight(including batteries and charger). The headlight is rated for 600Lumes and has 3 leds. Several years ago I added another 600L and a 200L. I keep the 200L on blinking, day and night, and the 600Ls only come on at night and a cycle the brightness as needed. My biggest complaint are the batteries, they're a little bulky. Everything else is fantastic. The lights are well built, and the handlebar mounts are bombproof. The support from the manufacturer has been superb as well.

LEDs have gotten brighter and smaller, and I've gotten annoyed with the batteries. It's a big production to remove all the lights and batteries from my bike when I arrive at work, and put them all back when I leave.  I did some digging and came across the Fenix BC30. I like Fenix, I have two of their flashlights on my helmet right now. The reviews are all good, I'll leave the reading of those reviews up to the reader. 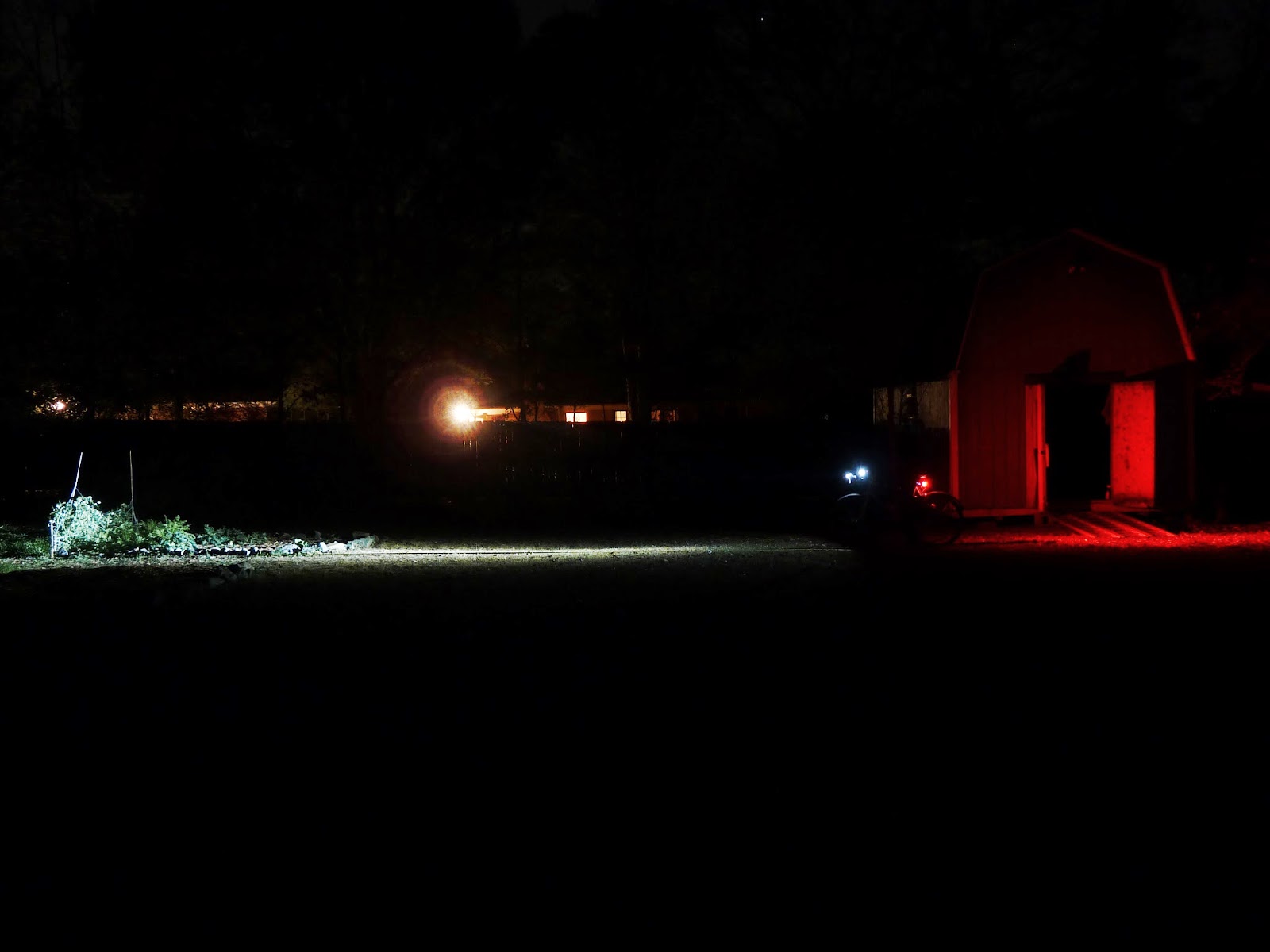 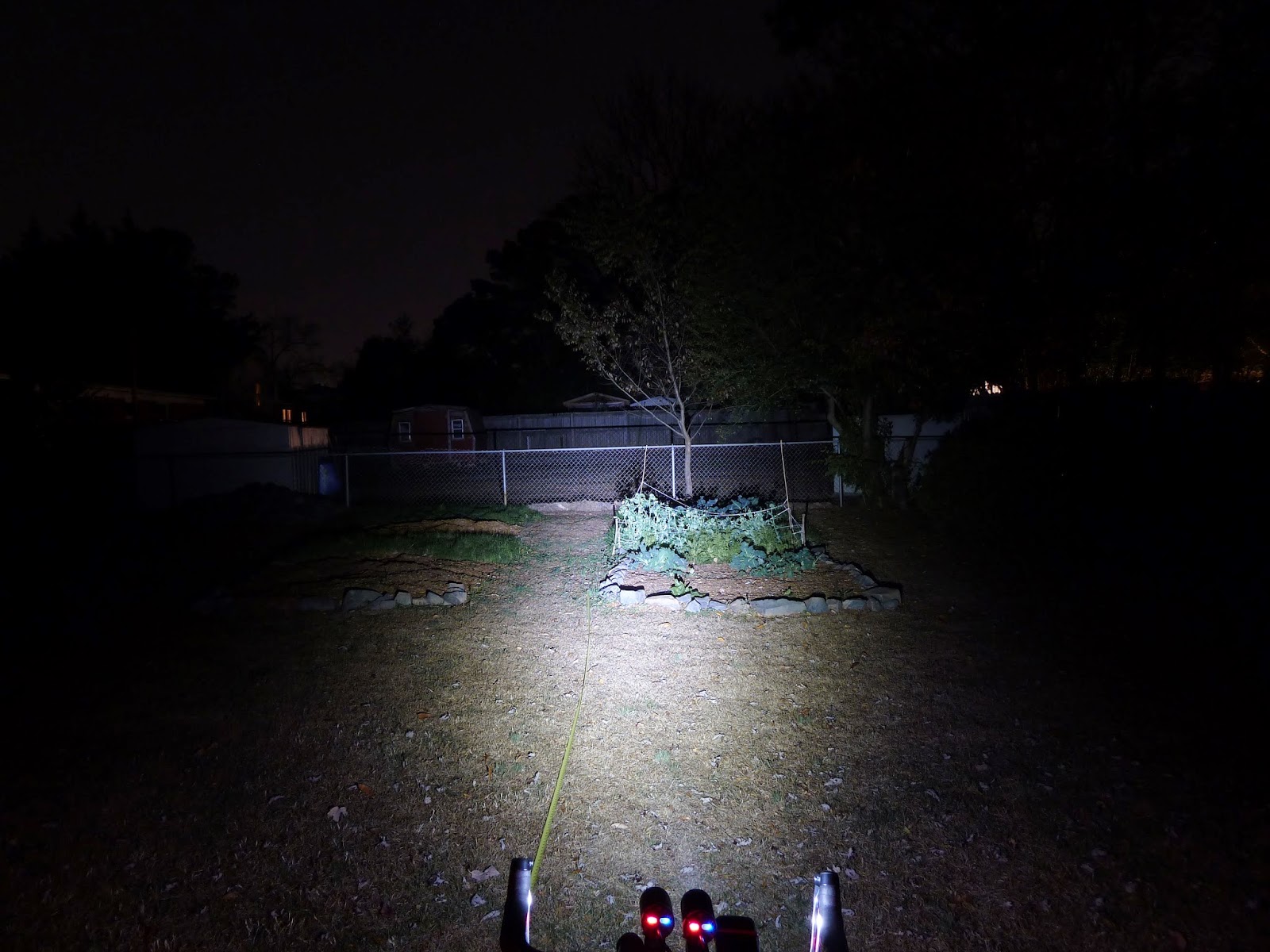 same shot with the Fenix BC30 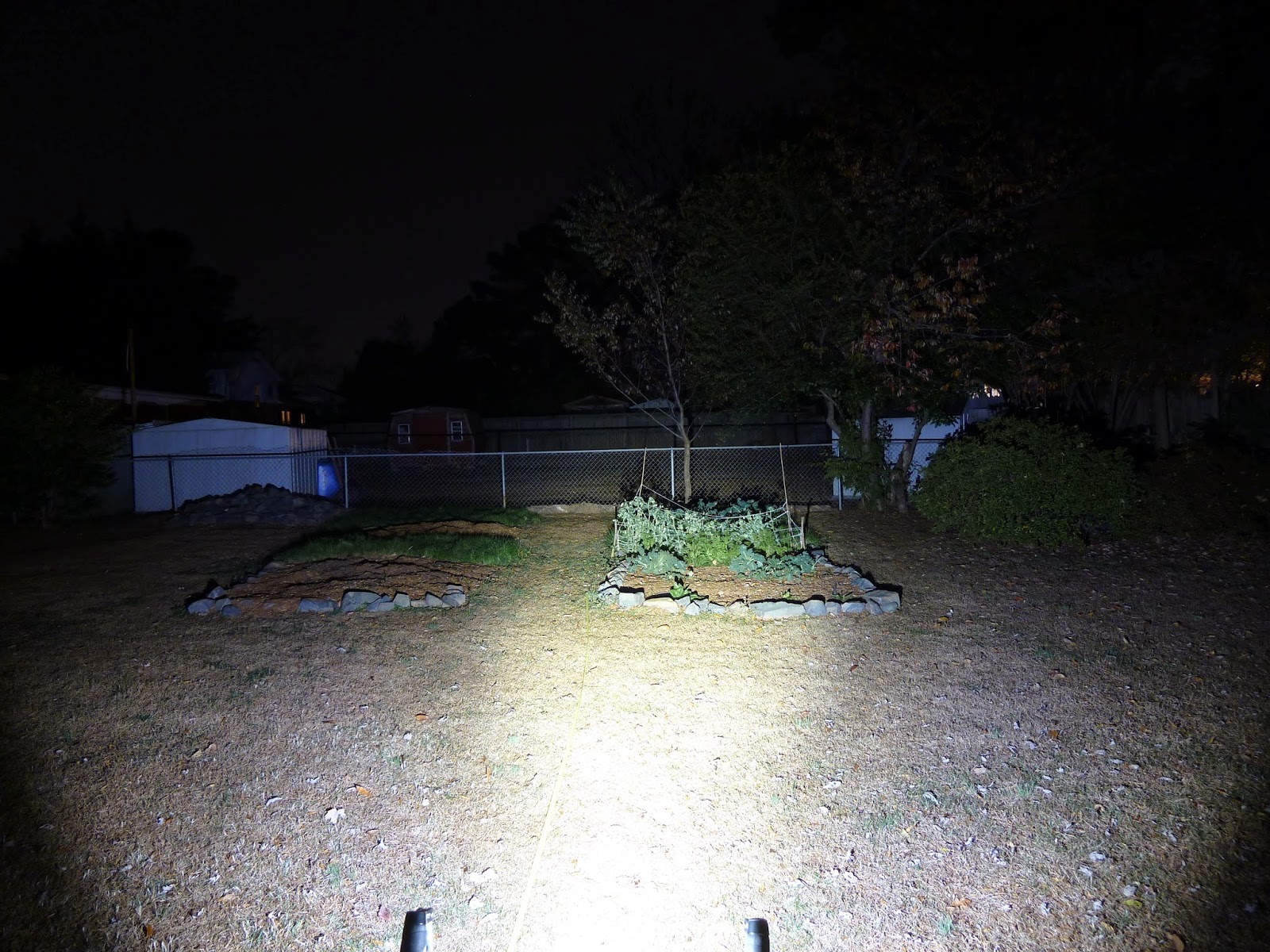 Same shot again with the BC30 in instant burst mode, this mode is availabe by a remote switch and can be activated even when the light is off. I plan on using it when approaching intersections so that any cars don't have an excuse to miss seeing me. I DO NOT want to blind anyone, that won't help at all. 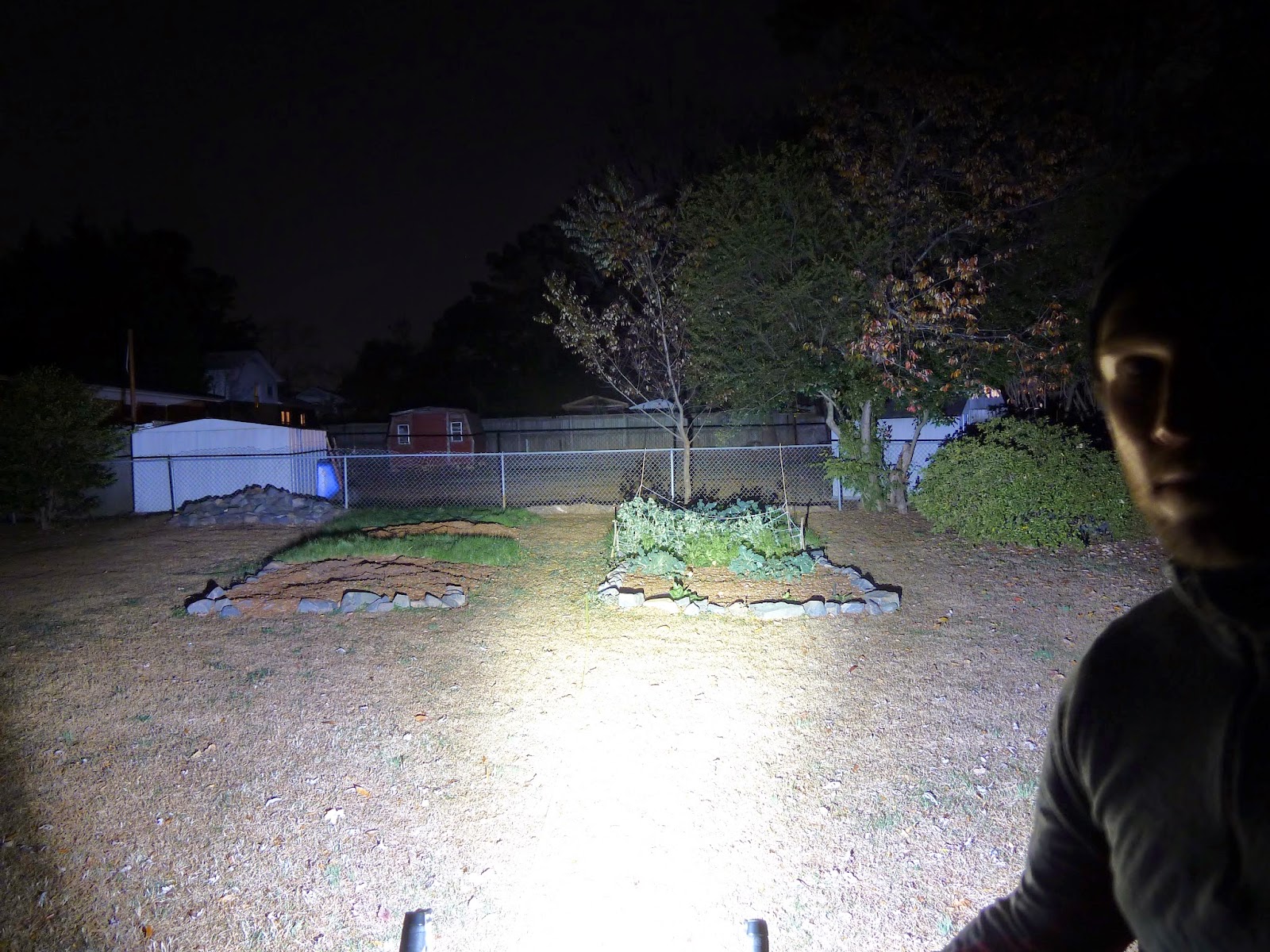 Same shot from the beginning 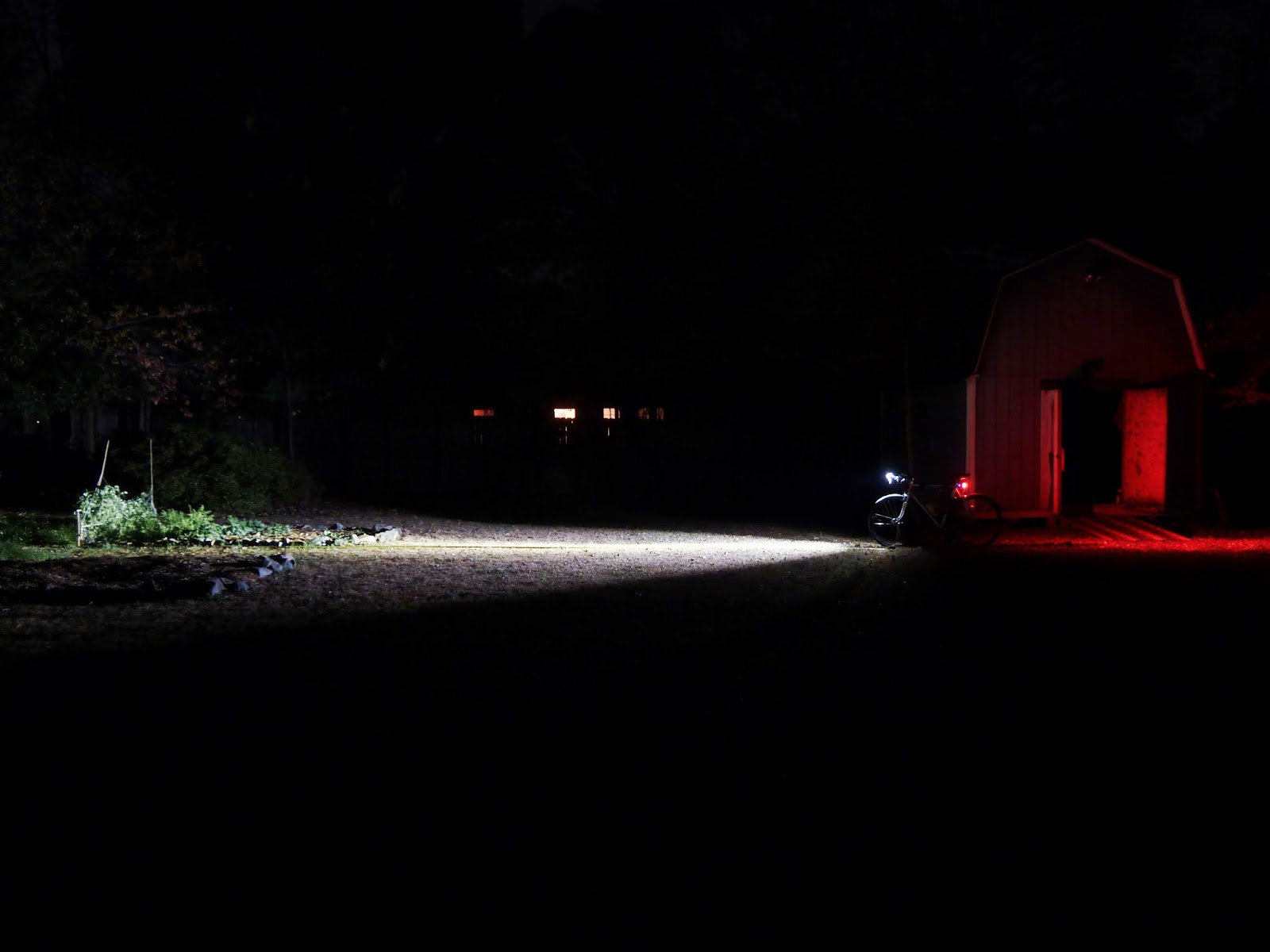 I do have a few minor complaints. The buttons on the Dinotte were perfectly placed on the back, and easy to reach while riding. One button would cycle through the modes, and one would turn it off/on when held, or instantly go back to the brightest mode if pressed. On the Fenix there is only one button and it's not as easily accessible, it's on the top and near the front. The last complaint is the brightness selections. it jumps from 1200, 500, 200, and 100. I think the jump from 1200 to 500 is a bit much. 1200, 700, 500, 200 would be better I think.

I'm excited about the light though, it'll make riding home much safer, and I look forward to using it on the trails too.
Posted by Stephen at 21:48 No comments:

I'm getting ready to do the Allegheny Mountains Loop as an ITT on the 12th....or possibly the 13th.  The start and finish is in Blacksburg VA, which is about 3 hours from here.  I figure I can wake up super early and drive up there and start at 5 or possibly 6am. 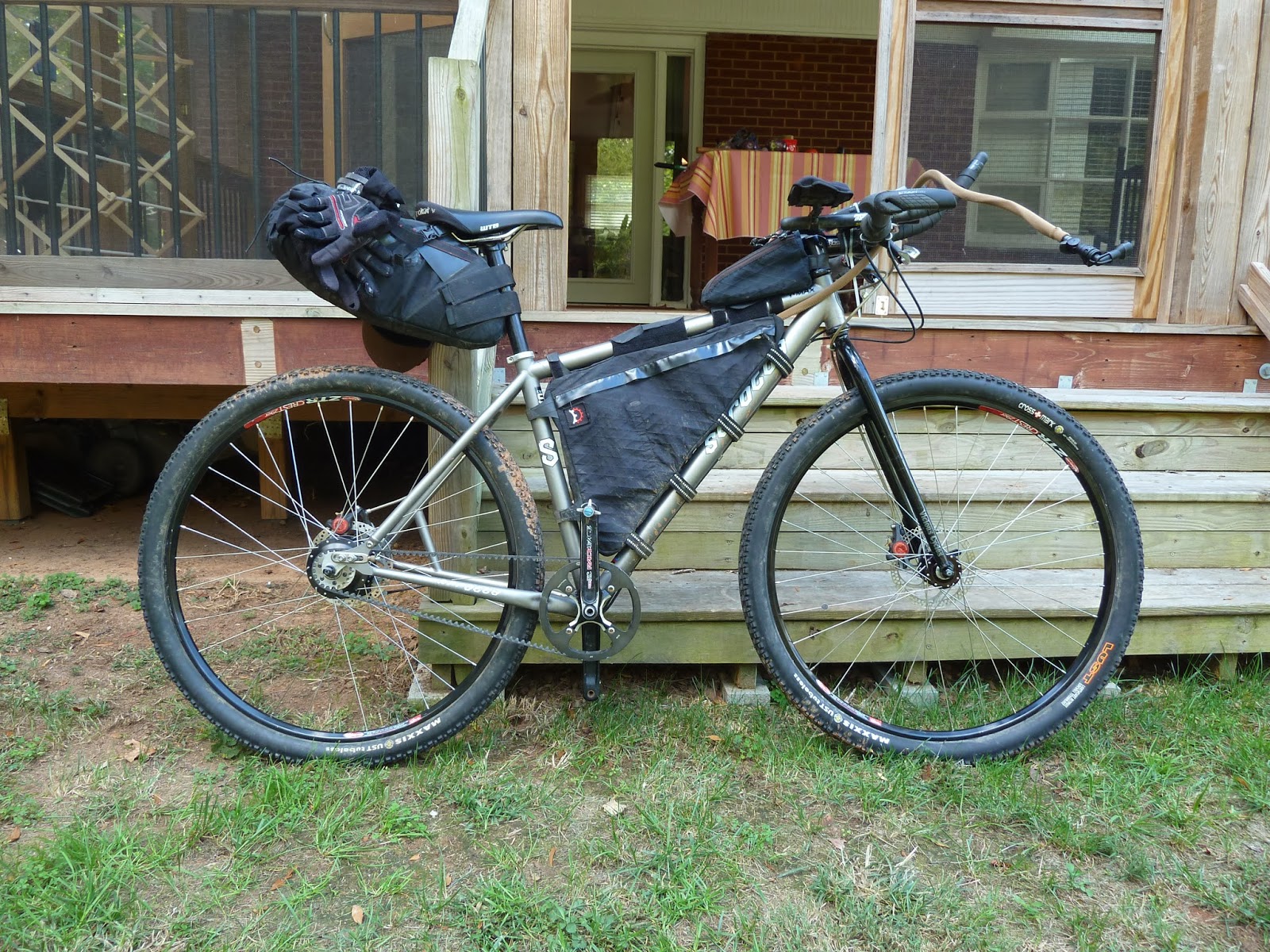 This will be the lightest setup I've had ever.  The AML is mostly roads, rail beds, and some gravel.  I don't intend on sleeping, but I have some sleeping gear just in case.  The weather shows lows of the 40s right now, and I may remove some of the warm gear the day of. Food should be plenty along the course as should water.

This is only the second time I've used my GPS to follow a course. I may have all this wrong; but the Edge will beep at me if I'm off course and the GPSMap 60csx has better battery life.  Now if I knew how to make the GPSMap beep at me for going off course I'd just bring that.  This is all too complicated; I'd rather have paper.

Hopefully I won't spend the whole entire time staring down at my GPS; missing everything around me.  I like the cues and computer because all you have to do is look down once for the cue; and then again when you are near the turn(or earlier to work out when you'll turn) and then at the turn. After days of riding you can generally work out your speed w/out looking at the computer and just time your glaces at the cue before you get to the turn. I'm not really sure you can program the GPS to beep at each turn for these off road/trail situations.

Cue or GPS; I'm excited about getting out there; it's been too long. 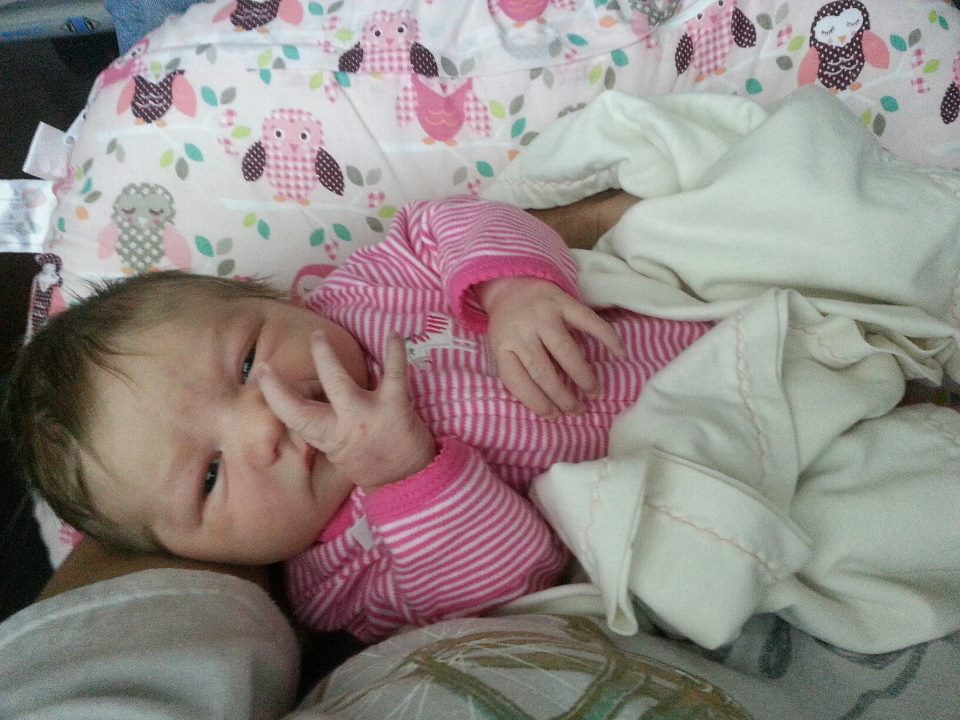 Cycling soon!
April 11th 8lbs 3oz
Life is changing, but hopefully I'll be more focused on my training with the limited amount of time I have.

Race #3 in the series at Boone was kind of a bust. It was a fun course and had a great spectator section.
unfortunately I was lapped about 100 ft from the finish. 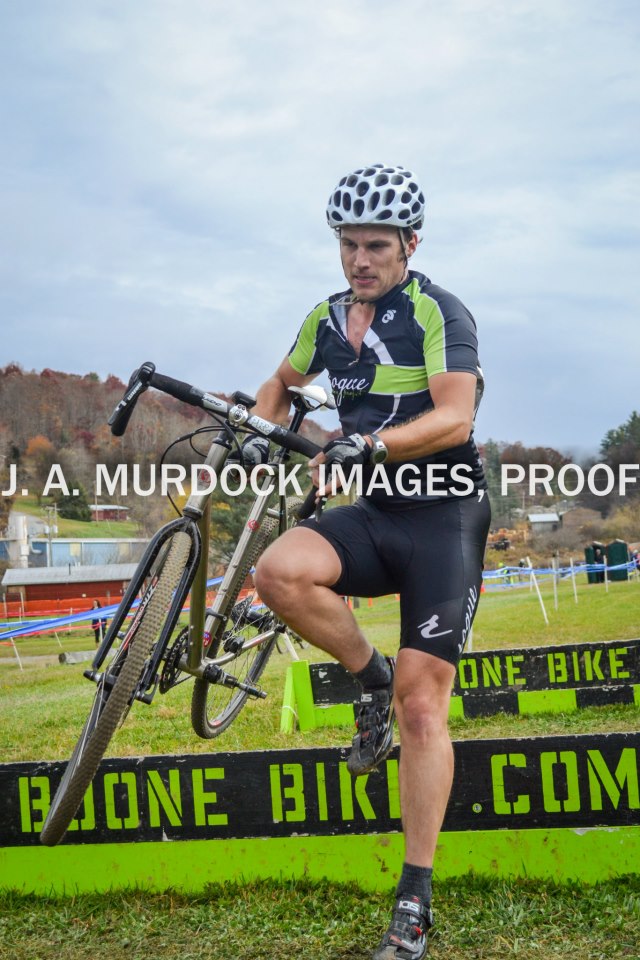 Race #4 was in Salisbury(not the steak), and was a little better. I didn't get lapped but I was at the back of the pack. It was a little bit technical which was fun.

I missed a few other races because I was busy doing this: 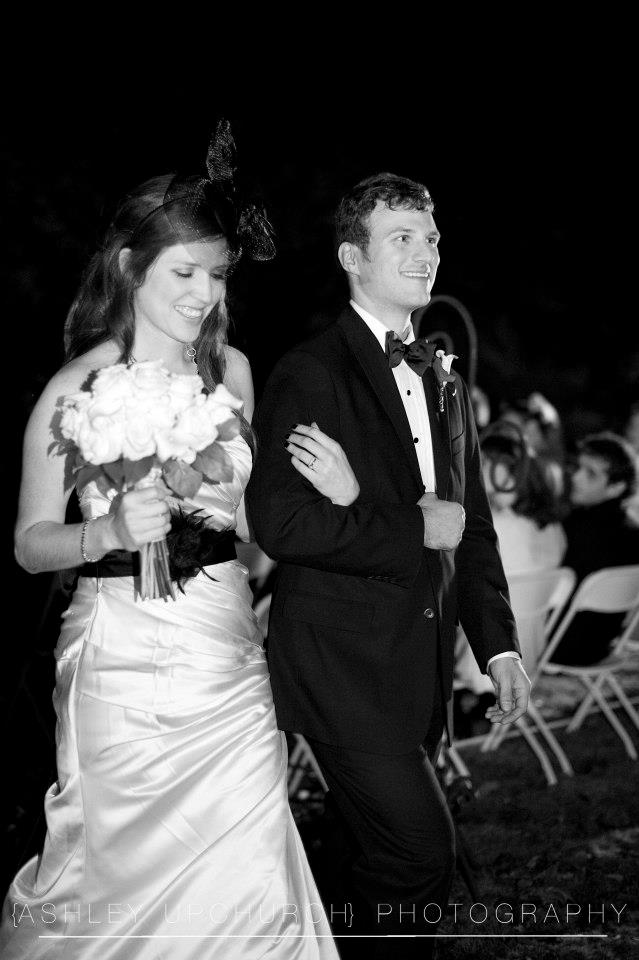 Race #5 was in Statesville.  This was much worse. I'm not listed as DFL, but I didn't see a single person behind me. I made a rookie mistake and lowered my tire pressure just before the start. I had to take it super slow around every corner to avoid rolling a bead; eventually I was lapped on my 2nd lap(the lead's first). Only 4 people in Cat 3 lapped me the others were from the 35+ who started 1 minute before us...small consolation.

The rest of the course was flat, wheel sucking grass. Something I need to practice on.
I was a bit disappointed with the scene. Courtney's first CX race should have been in the midwest. It wasn't a party atmosphere, maybe Boone will be wilder.
23rd out of 33 in my first Cat 3 race; not bad.
Posted by Stephen at 21:40 No comments:

Courtney's fall break just so happened to be during the Gun Club CX race. Obviously a trip to Cincy was in order. Courtney and I hit all our favorite restaurants on Friday and Saturday and Sunday I raced while Courtney Studied.
It turns out I am actually Cat 3 in Cross, probably because I'm Cat 1 in MTB. They let me race Cat 4 since it was my first serious CX race. I've done a few on my mountain bike but more for fun/the challenge than anything.  Cross is huge in the Midwest and probably huger with my teammates.
Cross is a lot of fun, it's defiantly the most family/friend centric type of race.  Everyone had their wives/husbands and kids there to cheer them on.  Mountain bike races generally are the same but you only see the racers once a lap, and there aren't breaks between categories.
I placed 23rd out of the cat4/juniors so not bad.
Hopefully I won't be stomped on at my first cat 3. 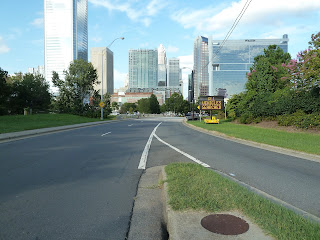 They didn't search me, but I just walked around that checkpoint. 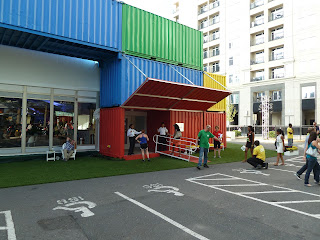 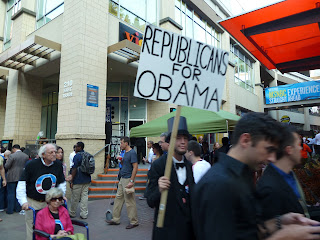 Abraham Lincoln, not the vampire hunting version. I ran into Piers Morgan too, but no photos. 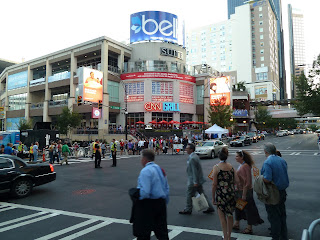 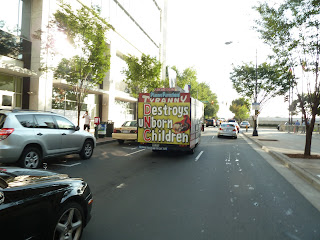 and then there was this guy...plenty of dead fetus photos to go around.