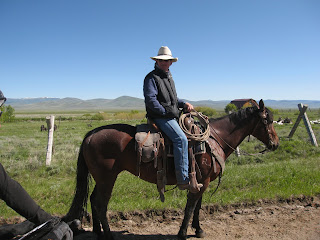 Woke, up had a nice breakfast. Quite cold but I warmed up quickly.
First actual cowboy of the trip. Trued out Paul was good at herding cowes. 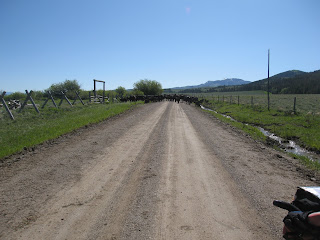 Rode in a nice basin type land for the first half of the day. Nice view but windy. Stopped at ranger station for lunch and a lie down. 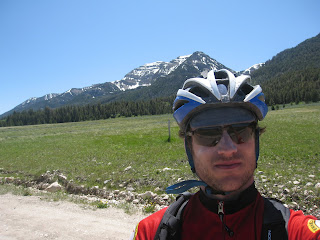 Nice little climb up to the state line. 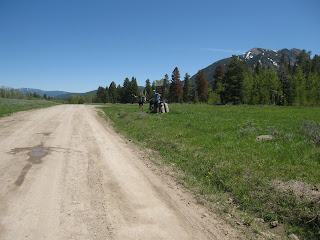 Finally a new State! With a welcome party. 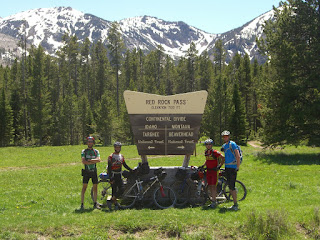 Had a late lunch at Mack's Inn. Then hit the rail bed which was deceiving on the map. The grade was flat, but the road was not. Lots of little undulations, which were hard on the knees. The cattle guards were precarious so we all dismounted to cross them. On the second or third I noticed I had a broken spoke. Surprised, but not concerned. As we were riding down the Paul asked if we would pretend to be characters from Thomas the Tank Engine. His kids love the show. Paul was Thomas, Per was Percy, I forget who Trevor was James, and I was Henry. It was a nice way to pass the time. We scored a free camp site at the Warm River Campground. It was super buggy though. 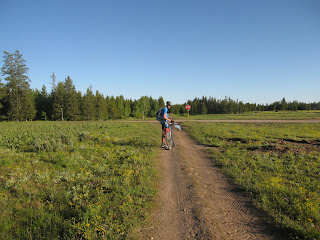