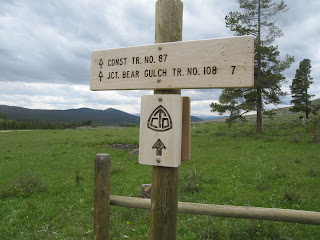 Made it into Butte real quick for a big breakfast at Denny's. Stopped by The Outdoorsman which was right on the trail. It's run By Levi Leipheimer's brother(I think, relative at least). He cut me a nice deal on the Ergon BD1 and mailed my old bag home for free. I sweat like crazy and needed a backpack that allowed air to go over my back. Great buy! Very comfy and could hold everything.
Big surprise! I bought too much food and had to cram some down at a break point.
After that we had a big climb and had to hike a bike for a bit. It was too wet. Most of the big climbs aren't a big deal if your legs are fresh. It was foggy but I could see the "solitary fence" that began the steep downhill. As usually I bombed down most of it, but when I got the .25 super steep section I had to walk. It was crazy! 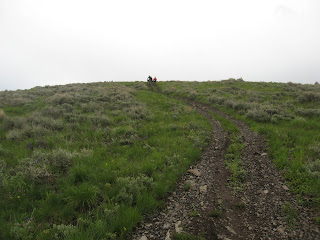 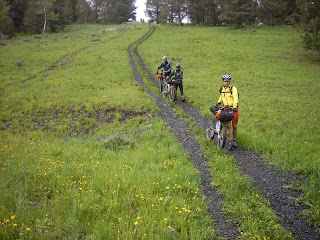 Super nice ride after that.
We made it to Wise River and wound up bunking in a barn and getting a hot shower for 5$. We met the owners of Taco Del Sol; they follow the race, that's how we got the food for free.
Posted by Stephen at 19:46