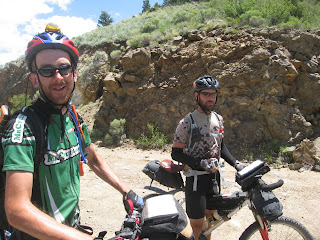 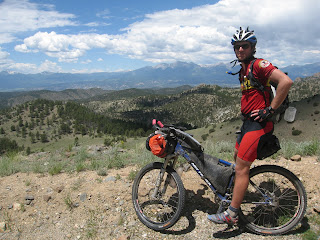 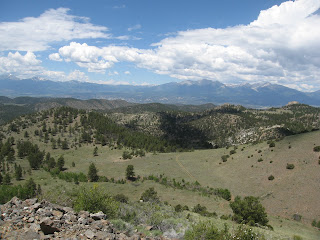 Nice start. Had a nice breakfast in Hartsel.
Stopped in Salida for a lunch break.

Left for Marshall's a little late, and was caught in the rain. My new rain jacket kicked butt. Also it was nice to know that there was a Colorado Hilton at the top. I only stopped twice to to bunker down. Soon enough I was in the warm Hilton eating a snack. Then I was joined by the rest, I suited up and bombed downhill, minus the rain into Sargents for the night.

The local's were celebrating a birthday. Even though they were busy they made us soup and fries. Super nice folk. Then they broke out the Karaoke. We joined in for "I'll Fly Away", which is hard to do after biking 98 miles. I was out of breath, but we all enjoyed it. I can't believe I didn't take any photos. We all talked about asking for some cake, but we didn't have the balls.

I called Gary Blakley and Patti Kelly to ask if we could stay with them in Del Norte and they said yes, thankfully.
Posted by Stephen at 20:21