Morning view of the Tetons and another state. 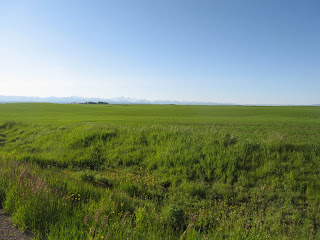 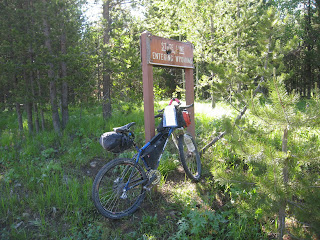 Nice a hot, got a little bit of a burn. 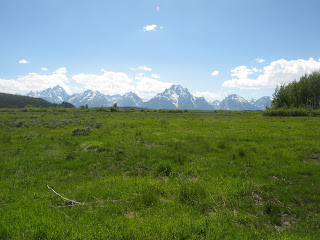 Per's knee was hurting from the rail ride yesterday. We stopped in Flagg Ranch for a nice big lunch. Then rode off into Yellowstone. We were forced to load our bikes in a truck due to construction. I was pissed. Not just because of being forced to ride, but also the reason. The lady agreed with the absurdity of it all. The construction company's insurance would not cover a cyclist wearing a helmet, but would cover a motorcyclist with out. Icing on the cake was the fact that our bikes would probably not have been covered while riding in the back of their pickup. Cherry on top, there was only one piece of machinery working! 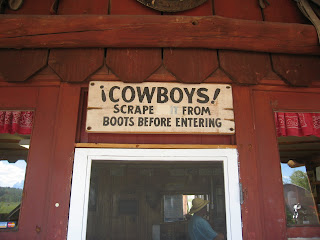 We stopped in a little coffee shop for milk shakes. They were out of ice cream but were happy to oblige and rode off on a golf cart to get some at another lodge. There was a nice girl who was totatlly impressed by what we were doing.

Milk shakes were a great idea, liquid calories, and the coffee didn't hurt. 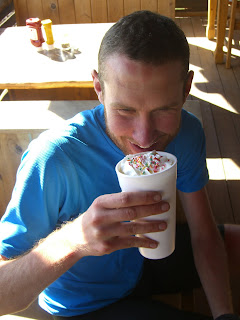 Hit the Togwotee pass in the early evening, our first big pass. It was not bad, but not easy due to the fatigue. Then we got off the road and into the mud and snow. Back to being pissed again. 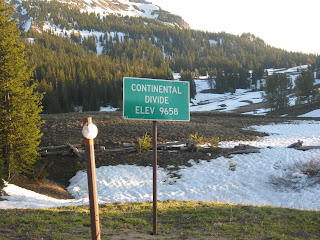 We stopped at Brook's Lake Lodge which was listed as a place to stay. Paul asked the work hands about staying, and they said to talk to the boss. So Paul asked, they guy was in his thirties and seemed ornery "every time one of you CDT hikers and bikers comes by" I thought we were screwed. The lodge caters to large groups(well ahead of time of course). Fortunately they were between two big groups and had two rooms that were not cleaned. Adam(the boss) let us stay for 20 bucks a head(for the chamber maids). He even gave us left overs. Kobe beef patties, a little salad, some chicken, and the most amazing cake ever. Chocolate icing with yellow cake. A little stale, but I had two pieces. The room was amazing with nice beds, "posh" soaps, and the best towels I have ever used(should have written the name down).
Nice nights sleep indoors.
Posted by Stephen at 19:54